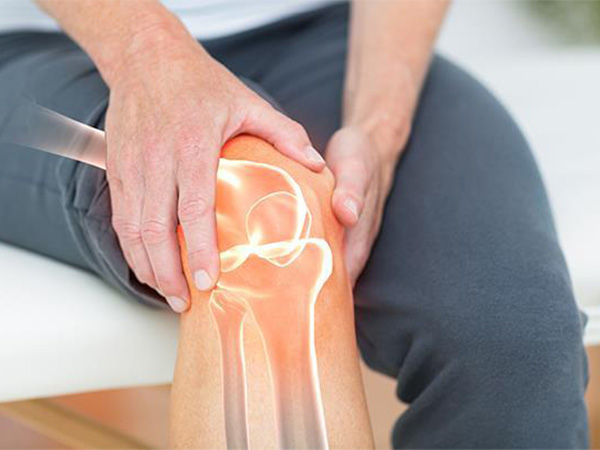 The muscular system is an organ system consisting of skeletal, smooth, and cardiac muscles. It permits movements of the body, maintains posture, and circulates blood throughout the body. Diseases can result from improper use, incorrect posture, overuse of certain movements without proper rest, overextension, or moving the joint in wrong directions, due to long-time fixed posture. Sometimes It can be due to some infections like arthritis, gout, SLE, osteomyelitis, etc. Other causes are a deficiency in nutrients &vitamins, especially Iron, calcium, vitamin D Etc. Metabolic disorders&damage or diseases of nerves or muscles or tendons or ligaments.

According to Ayurveda, the imbalance of Vata dosa plays a crucial role in the health of musculo-skeletal system.

There is asymmetric involvement of joints resulting in panic formation, synovial hypertrophy ultimately leading to erosion of cartilages, tendon, and bones.
The most commonly involved joint is the proximal interphalangeal joint.
Symptoms of rheumatoid arthritis:
Gradual onset of morning stiffness for more than an hour.
There would be tenderness, warmth, and swelling in the affected joint.
Usually, there is asymmetric involvement of the wrist, metacarpal joint, ankle, shoulder, knee, metatarsal joint.
The patient suffers from fever, fatigue, malaise, and weakness.
In Ayurveda rheumatoid arthritis is known as amavata

Amavata is a disease characterized by severe pain in joints. It is formed due to a deadly combination of morbid Vata and Ama. It is caused due to the consumption of incompatible foods and activities, sedentary life activities, prevailing sluggish digestion, and getting indulged in physical activities and exercises after taking oil-rich unctuous foods. All these causes predispose to the aggravation of Vata and the formation of ama leading to the manifestation of the disease.

Line of treatment of amavata:

Agni deepana: digestive fire is very much compromised in amavata, hence the primary target is to increase the digestive fire. When the fire gets kindled and starts digesting the food properly, the ama which is a greater part of morbidity in Rheumatoid arthritis will not be formed.

Light digestible food forms the key for the effective treatment of RA in its earlier stages of manifestation. Since the metabolism is weak, the gut will be able to digest only the lightest of the foods. A hot liquid diet along with ginger, pepper, cumin seeds, etc should be prescribed. Laghu ahara also serves the purpose of deepana and pachana.
When the body gets devoid of ama, it becomes easy to expel and control the vitiated vata by means of vata controlling medicines (Vatanulomana – mobilizing the morbid vata in a downward direction, out of the body) and effective treatments which can effectively control vayu like Virechana (purgation) and vasthi.

Swedana is a treatment procedure in which sweat is induced by the application of heat and warmth in the form of steam or by bringing the body/body parts in contact with heated tied in boluses earlier stages of Rheumatoid Arthritis (Amavata) we generally prefer doing Ruksha Sweda or dry fomentation.

Valuka Sweda – In this treatment, the sand is heated to a tolerable temperature and tied in a bolus. The bolus is heated in a pan. The heated bolus is continuously rubbed over the affected area. This treatment is preferred in the presence of ama. Valuka Sweda is said to be unparalleled treatment in the systemic manifestation of Amavata
Vasti

Vasti means medicated enemas. Vasti or Basti is said to be the best treatment for vitiated Vayu, which is the chief culprit in ama vata. When Vayu is controlled by the action of Vasti all the other disturbing body elements fall into rhythm and equilibrium. Vasti strengthens the tissues of the joints, rejuvenates health, aids fast healing, and prevents recurrence.